When you book with an account, you will be able to track your payment status, track the confirmation and you can also rate the tour after you finished the tour.
Sign Up
202

Get in touch! Trevor is always available to answer all of your travel and tour questions.

Only want to travel with your family or chosen group?

Why not book the entire vehicle and take a private tour?

Choose any itinerary from only £30 per person! 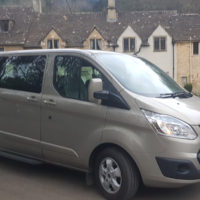 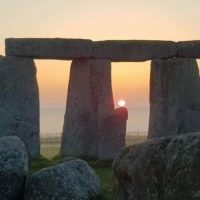 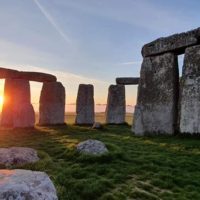 Explore the unspoiled villages, towns and hidden corners of the Cotswolds. Enjoy wonderful views of the rolling countryside and stone cottages from our small and personal minibus. Our local guides have a wealth of historic and cultural information, offering a unique way to enjoy this stunning part of England.

Explore the beautiful landscapes of the Cotswolds and some of the most enchanting villages of this area with our friendly local guides.

Castle Combe, once a weaving town at the heart of the Cotswolds wool trade and described as the prettiest village in England – it has featured in films such as War Horse and was the fictional Puddleby-on-the Marsh in Dr. Dolittle, the 1960’s film with Rex Harrison. The village is built around the 14th-century Market Cross with the old water pump beside it.

Malmesbury is a charming market town with charming streets and a thriving high street full of independent traders. It has a rich history as England’s oldest borough and a stunning 12th century Abbey, original market cross and tomb of King Athelstan.

Bibury, a charming, typically Cotswold village was once described by William Morris (1834-96) as “the most beautiful village in England”. In fact, Fox News says that Bibury is one of the world’s most picturesque villages.

Arlington Row (in Bibury) was built in 1380 as a monastic wool store and converted into a row of weavers’ cottages in the 17th century. The charming row of cottages is featured in the film “Stardust and is possibly the most photographed location in the Cotswolds. Did you know… that the iconic image of Arlington Row now features in all British passports

Bourton-on-the-Water is a ‘must see’ for all visitors to the area. This popular village is often referred to as the ‘Venice of the Cotswolds’ because of the attractive little bridges that cross the gently flowing River Windrush, which runs through the centre of the village.

Stow-on-the-Wold is a delightful market town and the highest of the Cotswold towns, at 800 feet high. The vast Market Square testifies to the towns former importance, with the ancient cross, and at the other the town stocks, shaded by an old elm tre

Tetbury: Driving south, through the beautiful landscape of the Coln Valley, we will make a brief photo stop in Tetbury, an important market town in the Middle Ages, for the Cotswolds wool trade.The town is known as an ‘architectural gem’ as many of the wool merchants houses still look as they did 300 years ago and the town centre is still dominated by the splendid pillared Market House built in 1655.

I just wanted to take a moment to tell you how much we enjoyed our tour! It was so much fun and we learned a lot that day! Our guide was wonderful and we appreciated his knowledge and experience.

1 travellers are considering this tour right now!
Scroll to top